Home/Travel, Weird/7 Of The Creepiest Places In America
­
Previous Next

7 Of The Creepiest Places In America

Many people love things that scare them and this is one of the reasons why there are places that offer paranormal tours and ghost hunts. However, if you are really out for a frightful vacation – of the bone-chilling kind – you can stay in a haunted hotel room, or visit the prisons where ghosts of former inmates still roam. You can check 7 of the creepiest places in America, which include:

The sanatorium was once the last resort for those who were suffering from tuberculosis. There are stories of experiments being done on patients, and when these test procedures go wrong, it meant death for the patient. According to some reports, the ghosts of former patients still wander the halls, following tourists around. Footsteps can often be heard by visitors, among other inexplicable things that happen here.

If you’re staying at the Stanley Hotel you should know that the paranormal is part of the attraction. This is where the movie “The Shining” was filmed and there are TV screens within the premises that play the movie in a loop. However, do keep on the lookout for ghosts of former owner FO Stanley and his wife, Flora. You should also stay in room 217, where Stephen King stayed. This is where he got the inspiration to write his novel, which was later made into the terrifying movie. Other rooms here are equally haunted as well.

The Lake County History Center is housed on the former site of The Lake County Poor House. During its time, the poor house hosted some of the most decrepit people in the state – the poor, the mentally ill, the sick, the orphans, and the widows that nobody wants. Today, it is operated as a living museum. However, visitors have reported crying children, ghostly voices, and moans coming out from nowhere. Ghostly apparitions on the premises have also been reported.

Visitors to the restored church have reported ghostly apparitions of priests and Native Americans who still roam the church and its grounds. However, the most notable hauntings involve the Reed Family, who bought the church in the 1840s and turned it into a general store and hotel. The Reed family and their staff were murdered for a sack of gold and their ghosts have not been able to leave the place.

The building was constructed in the 1890s and was home to some of the state’s most hardened criminals. It was a prison of pain, torture and death, and it went on for decades until the prison closed down in the 1990s. The federal order cited brutalizing and the inhumane conditions of the prison as one of the reasons for its closure. 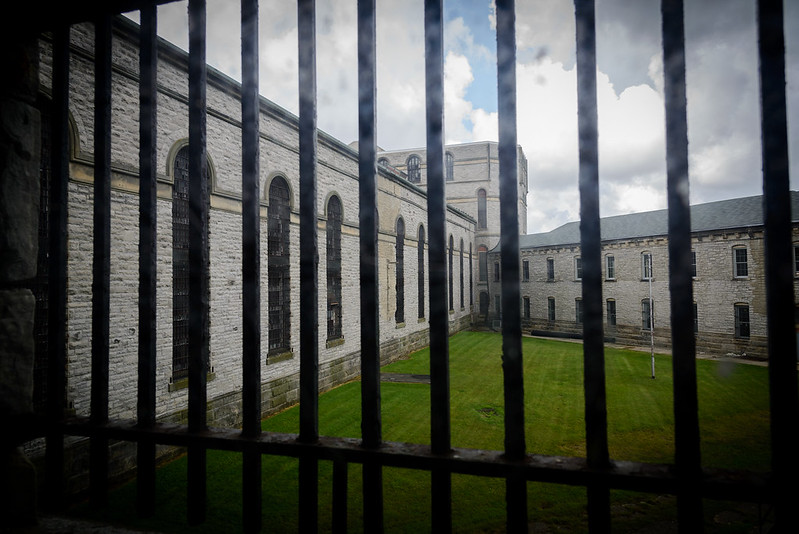 Visitors to the place report being physically attacked by unseen entities and some even report that they heard their names being whispered while negotiating metal stairs going up to the prison’ upper levels. Some have reported seeing ghosts in the solitary confinement area. But the most notable haunting is that of Helen, who is said to be the former warden’s wife. She could be heard crying in the former warden’s quarters, the air filled with the rose perfume Helen was very fond of.

Like most asylums during its time, many of the patients here were not diagnosed properly. Some patients who were depressed or suffering from substance abuse were held here until their deaths and had to mingle with those who were truly mentally ill and with the criminals, too. The most famous haunting of the Trans-Allegheny Lunatic Asylum is that of Lily. The child ghost still sits in her room and beckons visitors to play with her.

During the 19th-century gold rush, many men found themselves stranded in Skagway. And the town soon found itself with several brothels. The Red Onion Saloon was the best brothel in town. Today, the saloon is open as a tourist destination where you could see a brothel museum as one of its many attractions. There are reports that a former madam still haunts the place and she has been known to whisper sweet nothings and even caress male visitors. Patrons and staff have reported being haunted by a presence, while a ghostly form of a woman has been seen gliding up the staircases.

So what are you waiting for? If you like creepy things these are 7 of the most creepiest places in the US, where you can feel chills in your body, hear voices and be scared by the ghosts that maybe continue to haunt these places.

Top 10 Free Things To Do In NYC